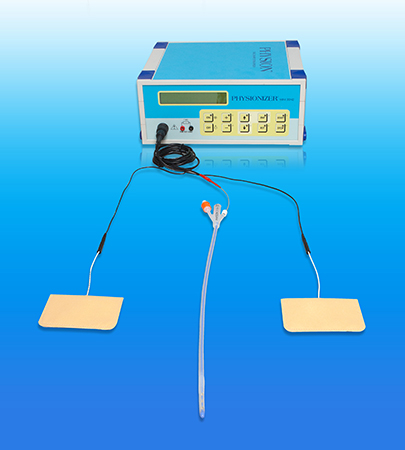 Conventional administration of drugs for urologic pathologies is either by the systemic route or via intravesical instillation and subsequent passive diffusion into the urothelium. The well documented concerns with systemic administration are the small quantities of drug locating at the disease site and side effects which are occasionally severe. The problems associated with conventional intravesical instillation are the slow rate of diffusion across the tightly knit urothelium and a fundamental inability to control the rate of drug administration. Now, a controllable method for delivery of drugs into the bladder wall and prostatic urethra has been developed by PHYSION®.

It comprises a non-invasive, painless, local drug administration which provides greater clinical efficacy than does passive diffusion yet without the side effects seen with systemic administration.

EMDA® utilizes an electrical current to impart an accelerated, directional (towards the tissue) movement of ionized drugs in an intravesical solution, which results in greater quantities of drugs being delivered to greater tissue depths than is achievable by passive diffusion. Furthermore, the rate of drug administration is fully controllable simply by varying the intensity of the electric current.